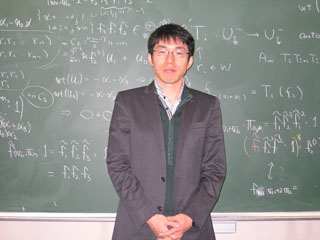 Which high school and university did you graduate from?

I attended Ishikawa Prefectural Komatsu High School. I graduated from Kyoto University with a 4-year undergraduate degree and a 2-year master’s degree and completed a 3-year doctoral degree from the University of Tsukuba.

What first made you decide to become a mathematician?

Even as a child, I had vague aspirations to become a researcher. My preferred subjects were always arithmetic and mathematics, so my first priority, at that time, was to become a mathematician. I seriously considered a career in mathematics for the first time during my master’s course. I wanted to be a mathematician, but I was a little apprehensive about my potential to enter the doctoral course and whether I would be able to handle the course (not being the most outstanding student!); I was fairly troubled about my career options. However, the studies I was pursuing toward my master’s thesis were so interesting that I wanted to investigate them further; I decided to stop seeking employment and instead embarked on a doctoral course.

Please explain the details of your research. 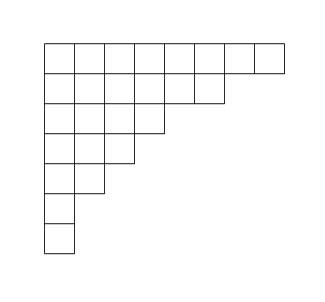 What kind of knowledge is required?

Various research styles are adopted in representation theory, but the research in my laboratory requires linear algebra (matrix theory) and basic algebra. I believe that other topics can be studied as required. In combinatorics, advanced knowledge is frequently less important than ideas and imagination. Solving a problem in combinatorics is like solving a puzzle. 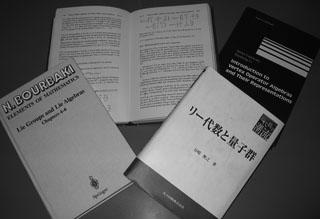 What do you think are the special features of mathematics at the University of Tsukuba?

How many students are in charge?

As of April 2012, one student is enrolled in the doctoral program and four students are pursuing research for their thesis project.

Where have previous students found employment?

Five years ago, I was responsible for overseeing thesis projects for five students. Two of the students became teachers, one joined a publishing company related to education, and the other two proceeded to the Graduate School of Education at the University of Tsukuba. The single student who completed the master’s program in 2011 is now a high school teacher. 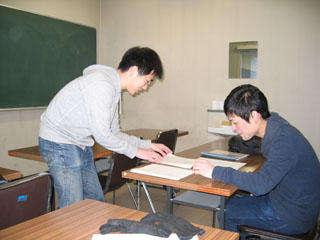 What are your interests outside mathematics?

Reading books -- I enjoy mystery novels and comics -- playing games, and jogging -- there is a good jogging course in the University of Tsukuba campus. I am probably not too different from the students (laughter).

Finally, could you give us a message for our readers?

Anyone with a passion for mathematics (whether mathematically talented or not) should try studying mathematics at the university level. I’ll be waiting for you at the University of Tsukuba!